Raceporium › Racing handbook › Training › Which muscle parts are most stressed during rallies and races?

Which muscle parts are most stressed during rallies and races? 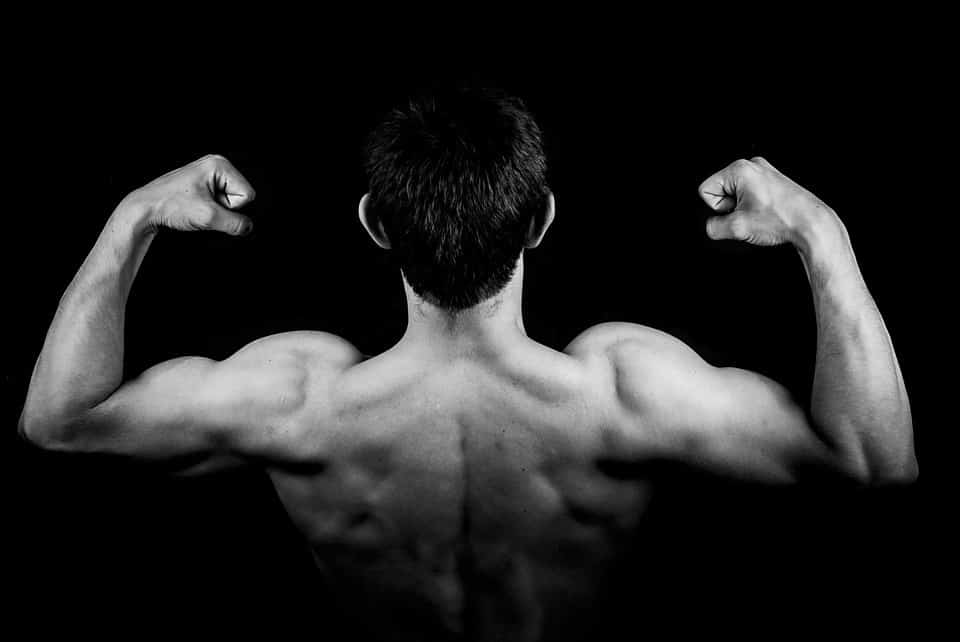 What muscles to focus on training if you are thinking about a career as an athlete?

Driving a modern car on city streets or on the road may seem to us that this is a very easy and undemanding activity. However, it is enough to go to the track and try sports driving to see that it is not always so!

Physical condition and endurance first of all

It’s enough to buy a few minutes on a city karting track to find out that high-performance driving requires a lot from your body. These types of vehicles do not have power steering, so the change of direction is done only with the force of our hands

What’s more, the tires are non-grooved and – at least the new ones – provide quite a grip, adding to the effort. The go-kart also has virtually no suspension, so all shocks are absorbed directly into the body.

If we are not prepared for this, even a short ride can end up completely exhausted, and the next day we wake up sore. That’s why fitness and muscle fitness are so important in motorsport, and why drivers train at least several times a week to stay in shape. To get an idea of the scale of the effort, suffice it to say that during a three-day rally on a gravel surface, a world championship driver burns more than 14,000 calories.

While the slower formula cars and touring cars have relatively soft suspensions and are kinder to the competitor, as you move up the ladder you’ll encounter stiffer, lower-slung vehicles that generate much of their grip through aerodynamic downforce – these are the most challenging, and driving them most closely resembles karting. With the exception that during the competition in a professional sport we will spend behind the wheel not a few minutes, and often many hours.

Have your head on straight

Unlike the rest of the body, we don’t wear a soft suit, but a large and heavy helmet. Our neck has to bear its weight and keep our head upright for the entire distance of the intense car ride. Even approved “track toys” can generate side loads in excess of 1G in corners – the force pushing our body towards the door is then greater than the force of gravity.

When competing in races or rallies, we can easily encounter overloads of up to 3 G. Unlike the rest of our body, our head is not strapped to the seat and all the work of keeping it in place has to be done by our neck muscles. This is by far the most intensively trained part of the body by racing drivers, but even with the introduction of ever more sophisticated machines, many will tell you that no amount of hours spent in the gym can prepare you for the rigours of track driving. One of the worst things that can happen to a driver from a lack of muscle training is a cramp, which in extreme cases forces them to withdraw from competition.

If you think that a HANS or Hybrid device will alleviate your driving suffering, you may be sorely disappointed. This is an indispensable piece of safety equipment, whose task is to protect our head in case of an impact from excessive movement, which our spine could not withstand. Besides, they have to provide as much freedom of movement as possible, otherwise it would be impossible to even look at the side mirrors.

Hold the steering wheel in your hands

In a 2012 study of 40 stock car racers, all identified the upper body as crucial to their performance. When asked to explain, they primarily said that when the power steering system fails, driving can be very demanding and their hands are very tired from constantly holding the wheel.

Riders also pointed to unplanned situations, like contact with another car, where the force of the collision can rip the steering wheel out of your hands and more force is needed to maintain control of the vehicle.

Put pressure on the pedals

Like the head, the driver’s legs are not held in the seat and the lateral overload tries to push them out of the car. So the muscles are stressed from just holding them in place, not even mentioning pressing the pedals. Race cars don’t have cruise control, so on the straights you have to keep pushing the accelerator all the way down and your right leg rarely gets a chance to rest.

The brake pressure on a race car is also much higher than on a road car. To slow down effectively before entering a corner, therefore, you need to depress the pedal with up to 180 kilograms of force – many times during a lap. In the aforementioned 2012 study, some drivers specifically pointed to the calves as the most fatigued leg muscles after a race.

Put it all together

Motorsport drivers very rarely boast a six-pack – after all, abdominal muscles aren’t as important in driving, and keeping weight down is more important. Spinal muscles are a different matter – they connect all limbs to each other and keeping them flexible is a must if the whole body is to work as it should.

What’s more, properly developed spinal muscles can help during an accident – one of the most common injuries in motor sport is rib and pelvis fractures as a result of the body being held in place by seat belts. Muscle tissue can then protect key organs from being punctured by broken bones.

Taylor Crouch
RECOMMENDED ARTICLES
Accessories
Shoes for racing drivers – which ones to choose?

The right shoes are the basic equipment of a racing driver. We tell you what they should have in order to ensure the highest level ... Read more

Accessories
What shoes to ride in in auto racing?

Can amateurs enter races in flip-flops? Or at least sandals? Definitely not! See what shoes even a novice driver should have in order to enjoy ... Read more

Do you associate the gym with an overly sculpted body and grotesquely large muscles? And yet the best of the rally drivers realize the importance ... Read more

PREVIOUS ARTICLEWays to concentrate before car races. Here are our ideas!
NEXT ARTICLEHow to match rims to sports car tires?