Raceporium › Disciplines › Offroad › Nissan Patrol – what is worth knowing about the offroad legend?

Nissan Patrol – what is worth knowing about the offroad legend? 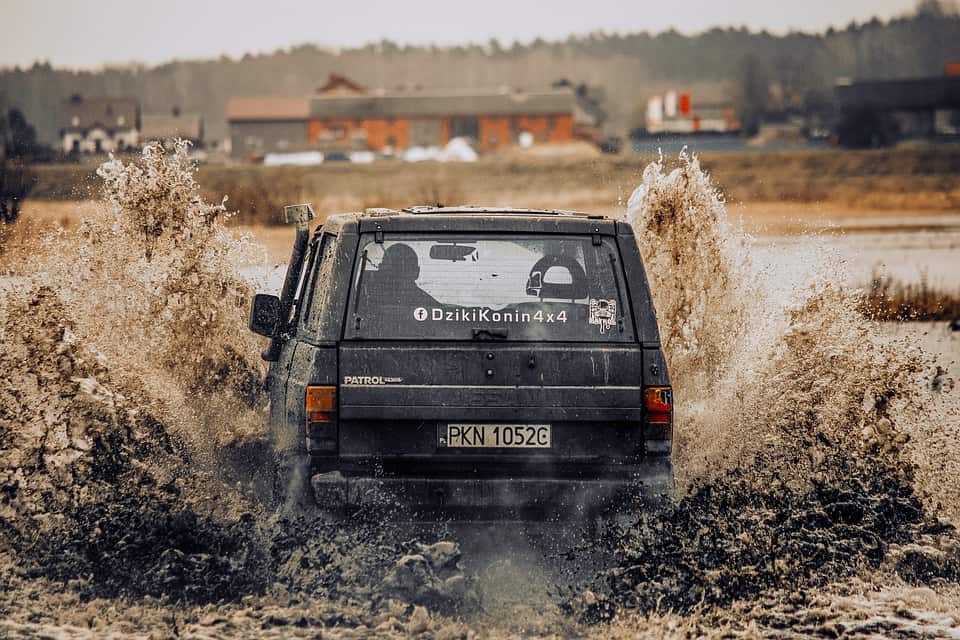 Nissan Patrol, that is a living legend that boasts 70 years of rich and exciting history. What makes this model so unique and sought after? Check it out!

These cult classic four-wheelers can boldly be called the godfather of off-road. The Japanese company was one of the first in the world to redefine the meaning of an off-road vehicle. Produced continuously since 1951 and boasting several acclaimed generations, this model has made a permanent mark in automotive history. What do you need to know about the Nissan Patrol?

The beginning of the model’s rich history was marked in September 1951, when the first generation (4W60) debuted at Nissan dealerships in Japan. Importantly, outside the Land of the Cherry Blossom, the concern offered a model inspired by styling confusingly similar to the military Willys MB. In the following years, with the introduction of subsequent vintage versions, the appearance of the Nissan Patrol changed not only in terms of styling, but also in terms of the engine. The initially used 3.7-liter engine generating only 75 horsepower was replaced by a much more powerful twin unit

Over the decades, the Patrol’s application and target group has changed – from a strictly utility vehicle to an off-road vehicle that can be successfully used on a daily basis. As interest in off-roading grew, off-road enthusiasts looked for cars that could handle even the most challenging rides and obstacles. The natural choice was of course American Jeep or island Land Rover, however Japanese Nissan Patrol was an equally strong competitor. What makes this model so special? The Nissan Patrol is primarily known for its unparalleled durability

An era of dominance

The off-road legend was born in 1987 after decades of experience and experimentation by top Japanese engineers. The next generation model became a highly sought-after car that fired the imaginations of off-road fans. Importantly, this model also appeared under the names Safari or Ford Maverick. If you are looking for a copy for yourself, you should remember this information well.

With the development of off-road discipline, soon after the release of Patrol model, there was a demand for a car which would also offer the possibility of comfortable driving on paved roads. To meet this demand, Nissan introduced the GR ( Grand Raid) variant. Offered in three- or five-door body styles, this refreshed version also featured an extended wheelbase, a more modern look, modified suspension, and a comfortable interior with more equipment. Over the years, the iconic ’90s version still holds up well and provides an unforgettable experience.

What to look for?

Thinking about your own Nissan Patrol, it is worth paying attention first of all to the purpose of the new acquisition. The three-door version is valued for its excellent off-road and driving characteristics. In turn, the five-door version is characterized by a spacious interior and versatility. An important advantage is also the two-wing doors with vertical asymmetrical division, which guard the access to the capacious luggage compartment.

When deciding on an older version of the cult Patrol, we should bear in mind that very often we can find versions without such “rarities” as air conditioning or electrically controlled mirrors. This, however, is compensated for by the extremely simple mechanical design, which guarantees hours of saved time on “tinkering” under the hood

The longitudinally positioned engine is characterized by the simplest possible drive system. Interestingly, the GR version also featured manual clutches in the hubs, which were automated in later years. The suspension is made up of two rigid bridges suspended by coil springs that guarantee a unique driving experience

The Patrol GR was available in several versions, which, however, were characterized by “dragon” capacities of more than four liters. Nevertheless, these units were known for their powerful power and reliability.

A gift for a racing fan or an interesting new gadget for your own collection? Now it's not a problem anymore! Check out our suggestions. Read more

Offroad
Off-road tires – what should you know?

The pristine terrain and the ubiquitous sand are a real treat for any off-road enthusiast. However, in order to properly enjoy the beauty of off-road ... Read more

Off-road is a great way to explore some of the most interesting places in the world in an original way. Here are the greatest off-road ... Read more

PREVIOUS ARTICLEWhat must a motorcyclist be equipped with during a race?
NEXT ARTICLEHow to improve the exhaust on a sports car?