Raceporium › Disciplines › Motorcycle racing › MotoGP for amateurs – does such a series exist?

MotoGP for amateurs – does such a series exist? 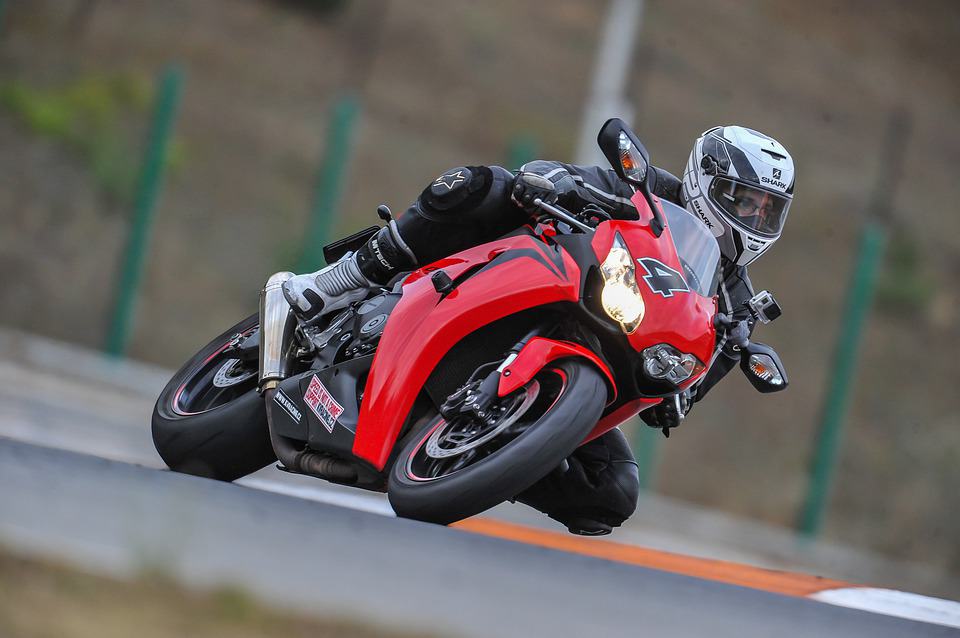 Many lovers of two wheels dream about starting a race. Where should one look for such an opportunity? We check it out!

Motorcycle racing attracts crowds of fans. In addition to events for professionals, you can also find those dedicated to amateurs

MotoGP, or the Motorcycle World Championship, is the most prestigious motorcycle competition in the world. It is considered the equivalent of Formula 1 for cars and is organised by the FIM, the International Motorcycling Federation.

The first motorcycle world championship took place in 1949, and the entire event consisted of just six races. The winner of the inaugural race on the Isle of Man in the 500cc category, which became MotoGP in 2002, was Britain’s Harold Daniell. However, he finished sixth in the final standings, with his compatriot Leslie Graham leading the way.

Today the championship consists of nineteen races and takes place in Europe, Asia, Australia and America. The motorcycle world championship has its own rules, which have changed several times over the years. Over time, drivers were no longer allowed to use turbocharged engines or aero-type fairings. Changes in the rules were mainly due to the development of the motorsport business itself – vehicles evolved in terms of construction materials which reduced their weight. Currently, their construction increasingly uses carbon fiber or aluminum structures in place of frames made of steel elements. Not only the motorcycles themselves have changed and evolved, but also the riders’ riding style. Now, the dominant riding technique is to move the body to the inside of the corner as much as possible, which gives the rider the ability to go faster.

What to do to start racing?

Motorcycle world championships attract a huge fan base from all over the world. There’s a reason why many motorcycle racers dream of competing in some form of alternative racing of their own. How to get started? First of all, you need to earn your license, which requires passing a theoretical and practical exam.

The first part requires you to demonstrate your knowledge of sports regulations. Practical exam is finishing the race during Polish Cup or District Championship – place at the finish doesn’t matter. Appropriate medical certificate is also necessary to obtain the license. Help in obtaining it is provided by sports clubs and private companies. It is also worth deciding in which competitions we want to start. In races you can directly beat your opponent, and in rallies it is about getting the best riding time.

The culmination of professional riding is the participation in the motorcycle world championship. This is an event of the highest prestige, to which only the best riders have access. Lower-ranking events in our country are easy to find with the help of the Polish Motorcycle Federation. The calendar of events on the Association’s website is full every year, so every amateur of motorcycle sports will find something suitable for themselves. You can choose between national and district level events. The latter are a great choice to start your adventure with rallying or racing.

One option for amateur motorcyclists may be to participate in motorcycle races organized on city streets. An example of such an event is the Grand Prix of Lodz. Street meetings and rivalries between drivers came to Poland from the United States. We often associate this type of racing with illegal events, however, the Grand Prix of Lodz is an example of a measure to counteract such dangerous events. Legally organized events are held after obtaining permission and agreeing on details with the authorities of the city and the police. In this type of events, the most important issue is to ensure the greatest possible safety of participants and spectators.

Where to look for opportunities to participate in rallies and races? First of all, on the website of the Polish Motor Association, which is a treasury of knowledge for motorcyclists. Remember, however, to beware of illegal races which are not organized by reliable entities. You should be cautious and consider your own safety and the safety of others by choosing only legal events – there are so many that every amateur motorcyclist can easily find something suitable for him or her.

Taylor Crouch
RECOMMENDED ARTICLES
Motorcycle racing
What must a motorcyclist be equipped with during a race?

Any motorcyclist competing in a competition must protect himself against the risks associated with accidents and clashes between riders on the track. Check out what ... Read more

Begginers
These things a novice performance motorcyclist should keep in mind

Want to start your adventure in competitive motorcycle riding? See what you need to know and what to buy to make this hobby rewarding and ... Read more

Small unicycles are more than an internal combustion toy. Few people know that there are micro MotoGP races around the world for the really big ... Read more

PREVIOUS ARTICLEHow do you get started in motorcycle racing?
NEXT ARTICLEThe history of amateur car racing – when did it start?