Raceporium › Vehicles and equipment › Quads and karts › 5 surprising uses for a quad – not just for racing!

5 surprising uses for a quad – not just for racing! 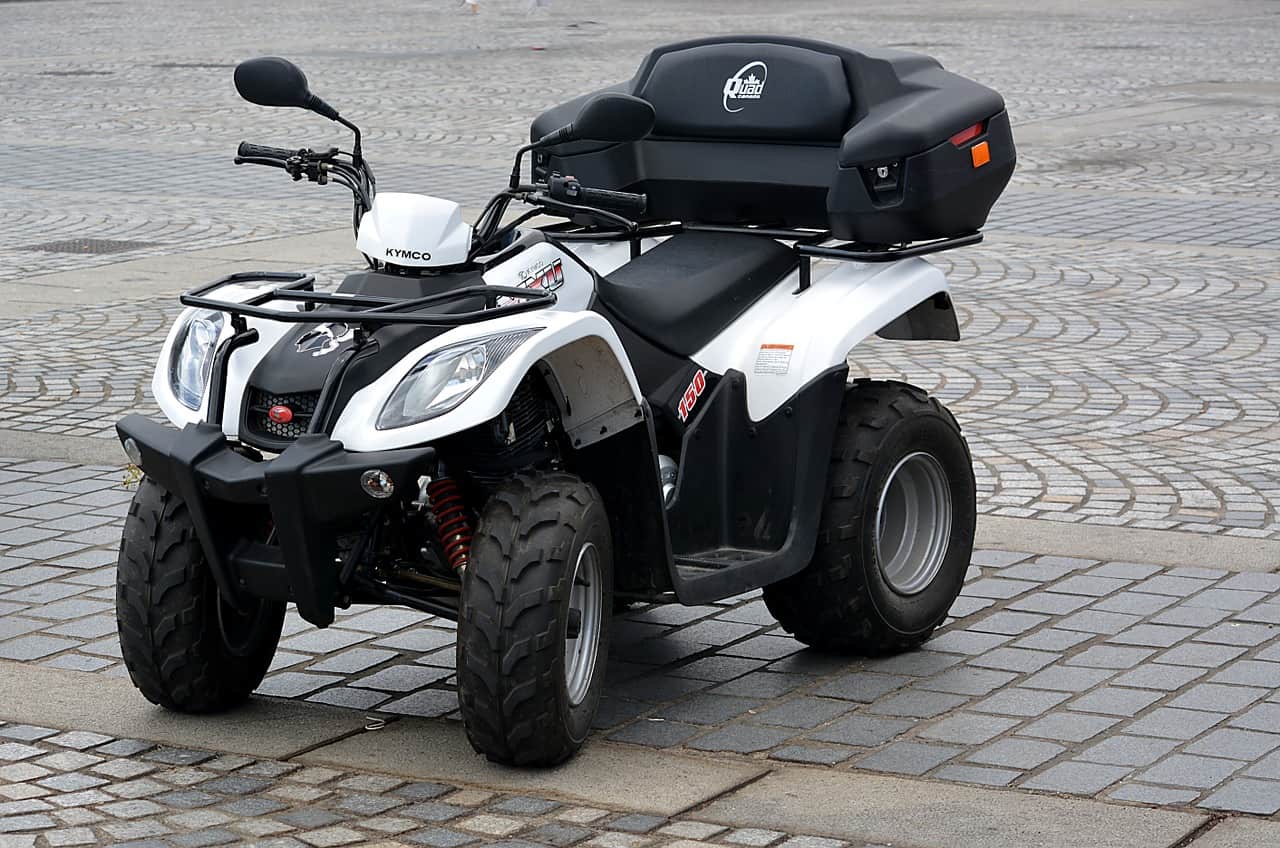 Quads are associated only with off-roading, it's time to change that! We present five unusual applications of quads in everyday life!

ATVs are vehicles which are mainly associated with all kinds of off-road activities. As in the case of motocross or enduro, using this four-wheeler we are also able to get to places inaccessible before

Riding a quad is a great way to spend time and experience adventure. However, quad bikes are also used for other purposes. In this article, we will present five unusual uses of quad.

What exactly is a quad bike?

It is a vehicle with a two- or four-stroke engine that specializes in traversing hard-to-reach routes by using tires with characteristically reduced pressure and off-road tread, among other things. Motorcycle handlebars allow the machine to be controlled in difficult conditions

Although some automotive historians believe that the origins of vehicles of this type date back to the end of the 19th century, we can say with certainty that the first fully-fledged quads were built by engineers of the Japanese automotive concern Honda. In 1967, one of them, Osamu Takeuchi, proposed an innovative solution involving the insertion of a rigid axle with large balloon tires. The Japanese saw the potential of the machines in navigating the demanding terrain and his solution made the vehicle much easier to maneuver.

Interestingly, the first owners of the new invention were Japanese farmers living near the mountains. Quads allowed them to move freely on the muddy slopes. Then foresters became interested in quadricycles. A huge jump in popularity of quads is due to American hippies, who were the first to see their potential

Although a whole range of machines is currently available on the market, Japanese corporations still play first fiddle in this industry. However, the American company Polaris and, known worldwide, the English brand John Deer are also fighting for market space.

There are several types of quads, which differ from each other in power, size and capacity.

These machines are characterized by large engine capacity (600-1000 cm3), reinforced structure allowing for acrobatics and four-wheel drive. Their main purpose is fast riding on a previously prepared surface.

These are the most common models. Their engine capacity reaches 200 cm3. Depending on the vehicle, you may find quads with rear or four-wheel drive. They are perfect for field, forest and hardened roads.

Similarly as in the case of sporty type, quads for crossing are equipped with four-wheel drive. The most distinguishing feature of them is a strong suspension with high ground clearance, which allows for prolonged riding in difficult conditions. In terms of engine capacity there is quite a variety, usually ranging from 300-1000 cc. The engines of cross-country quads are built with power in mind, which will allow you to overcome steep hills.

Quad, thanks to its homologation, can be used as an agricultural tractor. The mounted hook makes it possible to pull a light trailer. What’s more, quads are also used to move quickly through pastures and guard cattle

Quad is perfect during heavy snowfall. Dedicated plough allows for quick and precise removal of snow from large areas and hard to reach places

Thanks to the possibility of attaching the mower you will be able to reduce the amount of equipment in your garage. Just connect the quad to a dedicated component and voilà.

Due to their specification, quads fit perfectly into the equipment of border officers. The quads allow patrolling of hard to reach border areas.

Small dimensions and powerful engine allow for fast traversing of even densely wooded terrain. Quads prove to be invaluable in a forester’s work

You want to finally buy your first internal combustion ATV that can easily handle wet, muddy terrains and steep climbs in the woods. What to ... Read more

Quads and karts
What tires should I choose for my quad?

Looking for tires for your ATV? Find out which ones to choose! We give you a hint! Read more

Quads can be used in many ways - they provide great entertainment and also improve everyday work. We present TOP5 amateur uses of four-wheelers Read more

PREVIOUS ARTICLEOverload during racing – how do you train your head?
NEXT ARTICLEWhat are orienteering car rallies?